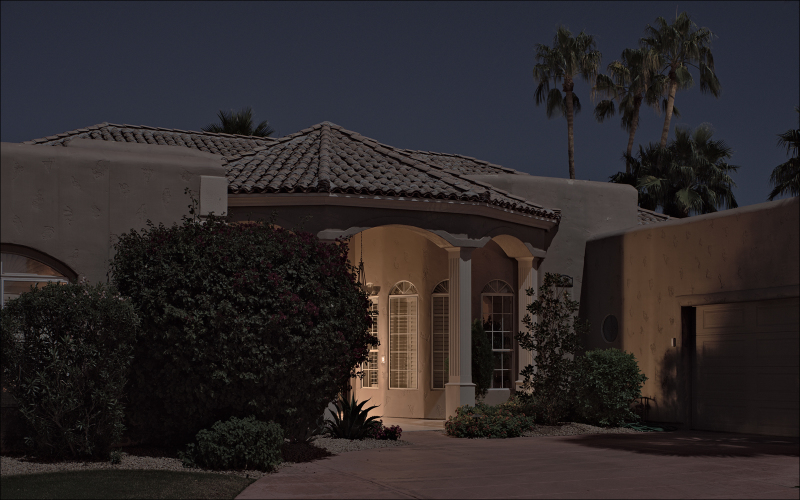 Posted by Jeffrey (Scottsdale, United States) on 25 October 2021 in Cityscape & Urban and Portfolio.

This is another photo from my Adventures with Budget Lenses series. It was taken using a lens that was made from 1977 through 1981 and didn't sell in large numbers, hence they're relatively scarce today. I recently bought one in excellent condition for $95 (which proves scarcity is only one part of the equation that determines market prices, with demand -- or in this case, lack of it -- being the other part) so it was effectively free compared to the cost of an equivalent, modern-design lens ... lol.

It's been on my radar for quite a long time, but because it has a maximum aperture of f4, which is generally too slow when used to compose and focus my nighttime photos, I never seriously considered buying one.

Until just over a week ago, that is, when I found one selling for roughly two-thirds of market price and decided it was time to finally buy-and-try one and determine how useful it is for my purposes.

As a bonus, it turns out I was able to modify the lens aperture so it opens slightly wider (to ~f3.5 instead of f4) which makes this lens slightly, but noticeably easier to use in the dark. So much so, in fact, I've had no issues with this aspect of its performance so far, which is encouraging as to its long-term prospects with me.

With regard to the quality of the results it can achieve, well, I'll let you be the judge of that and just provide the above photo for your careful and considered evaluation. Please feel free to let me know your thoughts!

A larger, higher resolution version of this photo can be seen here: https://i.imgur.com/hCkHVHR.jpg