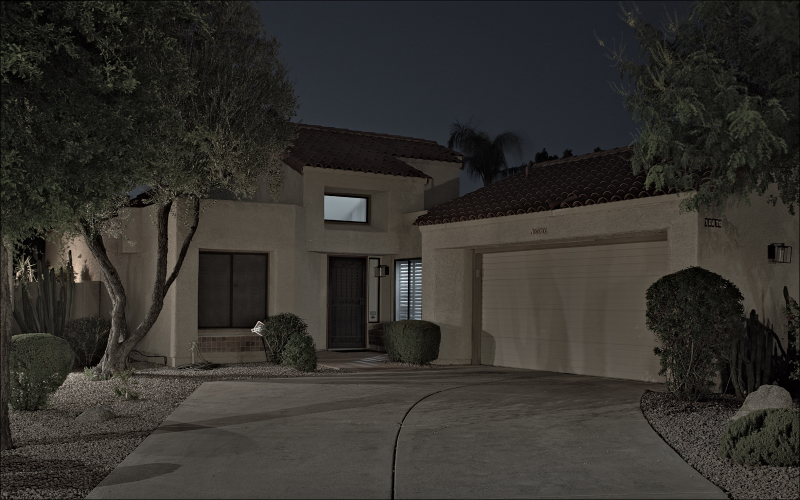 Posted by Jeffrey (Scottsdale, United States) on 21 October 2021 in Cityscape & Urban and Portfolio.

As the title suggests, this scene is located immediately adjacent to the scene in the photo I posted previously.

The kitchen lights were initially off, but as I was taking the nine, 30-second exposures of that scene I need for the median-blending process I use during post-processing to reduce noise and improve image quality, they turned on.

This is rarely a good sign, so I instinctively braced for the unpleasant encounter with an unhappy homeowner that was almost certainly about to occur.

Fortunately, it didn't, which probably meant the homeowner was an early riser -- same as me! -- and just making their first cup of coffee of the morning.

But since opportunities such as this one are scarce, I took advantage of it and photographed this scene as well, making this stop a two-fer!

A larger, higher resolution version of this photo can be seen here: https://i.imgur.com/XMObhYB.jpg