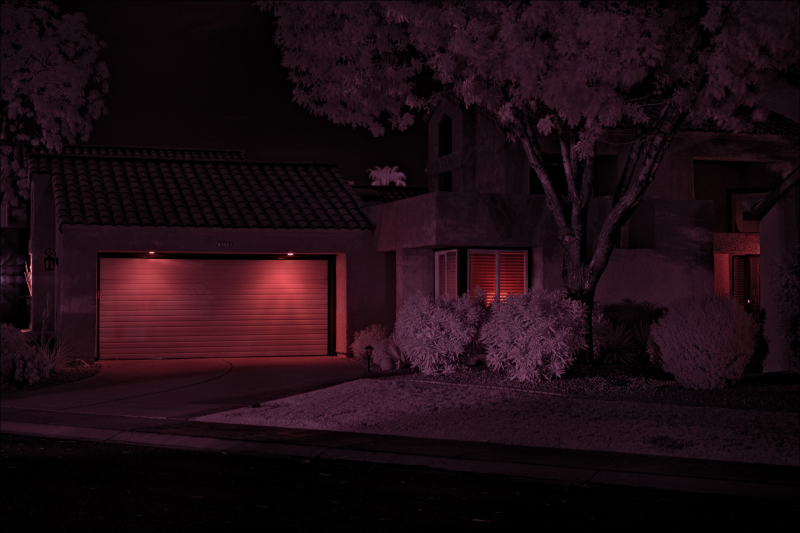 Posted by Jeffrey (Scottsdale, United States) on 24 September 2019 in Cityscape & Urban and Portfolio.

What I did here was to take three vertical photos and then "stitch" them together to create a larger horizontal photo having a wider field of view. In theory, assuming everything worked correctly, the final result will look roughly similar to a single-shot photo taken using a much higher-resolution camera and a wider focal-length lens.

In this case, the final photo was just over 60 MP in size despite being taken using a camera with a 28 MP sensor. In reality, though, this process was a bit more complicated than that, as I first blend seven files together to create one, final file that has noticeably less visible digital noise, and then post-process that into the final, finished photo.

This means I took a total of 21 photos in order to create the three blended files I ultimately stitched together into a single, larger file. And as if that wasn't enough files, I also took three "dark frame" photos (which are blank photos using the same exposure length but with the lens covered by a lens cap, so no image is captured, only the noise generated by the sensor) so I could then exactly cancel the effects of the "amp glow" that is spuriously generated by the sensor at some exposure lengths.

In total, it required 24 separate photos to capture / create the above photo.

And as you can see, the final result turned out quite well, too. Unfortunately, this process isn't very practical for the type of photography I do, because each individual photo was exposed for 25 seconds and taking them one after the other required almost 15 minutes from start to finish. Still, I now know that it can be done and someday, despite its impracticality, I may have a need to take a photo this way, so it's always nice to add another tool to my tool box.

A larger, higher resolution version of this photo can be seen here: http://www.canyonero.com/files/1569254888.jpg