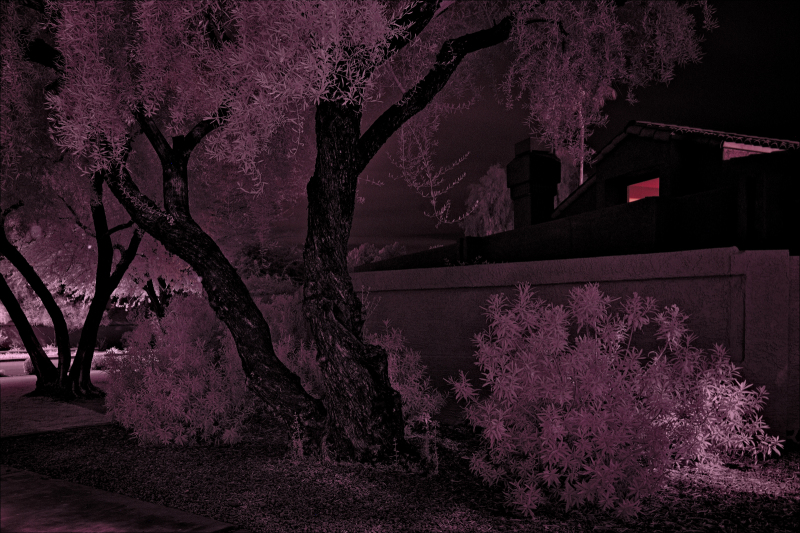 Posted by Jeffrey (Scottsdale, United States) on 2 August 2019 in Cityscape & Urban and Portfolio.

My sleep schedule seems to have become bifurcated, in that it's split into two parts: The first part yields between two and three hours at night and the other part yields another one to two hours during the day, with about an eight-hour "catch-up" sleep session every other week or so. I know this probably sounds unhealthy, but I've been feeling much better than I have for a long time now and it sure beats not sleeping at all, which has often been the case in the past due to my suffering of insomnia for more than a decade.

Not surprisingly, this has been great for my photography! Miss Abby and I go out several times each week and we typically walk several miles in the process, so it's good exercise for us and a lot of fun, as well! (And No, I haven't been hassled by the police or any angry homeowners for a couple of months, which has been a welcome bonus.)

Alas, the outing on which this photo was taken lasted only 45 minutes or so. I would have stayed out longer, but it started to rain again, so Miss Abby and I hustled home instead. Fortunately, it was only a block away, but the rain was coming down hard enough that I took off my shirt and wrapped it around my camera in an effort to keep it dry. Incredibly, it absorbed just enough water that we made it into the house before any reached the camera. <phew!>

I usually carry a plastic shopping bag with me in case Miss Abby drops a deuce while we're out and these can do double-duty as a camera rain cover when necessary (and also empty!) Unfortunately, last night, I grabbed a plastic newspaper bag instead , which was nowhere near large enough to cover it, hence the reason why I resorted to my shirt ... needless to say, another lesson has been learned and I'll be more selective during the rest of our monsoon season.

A larger, higher resolution version of this photo can be seen here: http://www.canyonero.com/files/1564621257.jpg