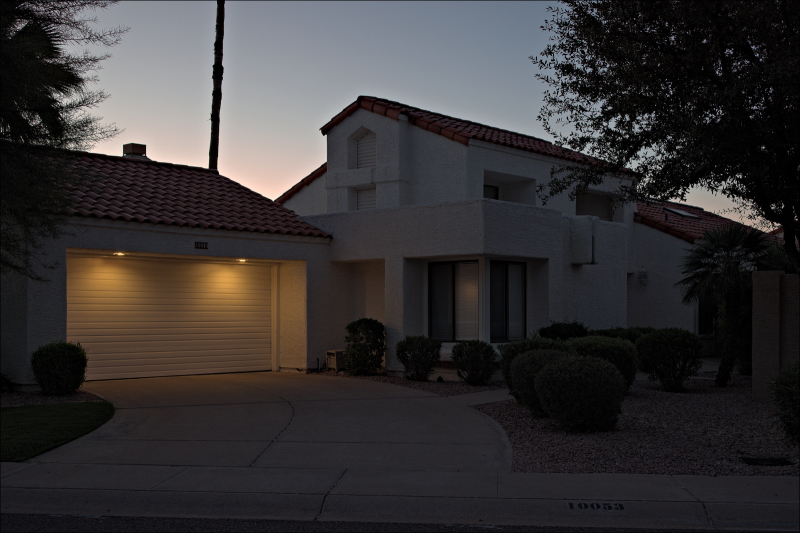 Posted by Jeffrey (Scottsdale, United States) on 9 November 2018 in Architecture and Portfolio.

I woke early on Thursday. While I was making a cup of tea, I absentmindedly touched the camera that was sitting on the kitchen counter.

Needless to say, Miss Abby saw this -- she sees everything! -- and took it as a sign that we were going for a walk, despite the early hour. She began jumping and spinning and generally getting excited, as dogs will sometimes do, so I gave in quickly and took her for a walk while I sipped from my cup of quickly cooling tea (because it was only 50 degrees outside at the time).

So walk we did and 45 minutes later, as we were returning home, I spotted this scene across and down the street that I've photographed countless times before when testing camera gear and I liked how the light was falling on it.

I then grabbed my serious camera and tripod (conveniently sitting near the front door) and took this photo as Miss Abby scampered around, enjoying her bonus walk....

A larger, higher resolution version of this photo can be seen here: http://www.canyonero.com/files/1541723084.jpg