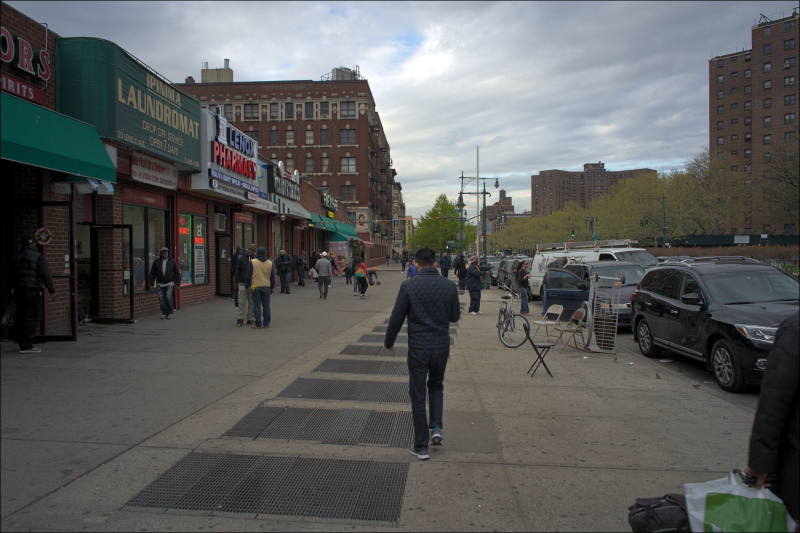 Posted by Jeffrey (Scottsdale, United States) on 6 January 2018 in Documentary & Street and Portfolio.

After taking the wrong train back from The Bronx very early in the morning, I then had to walk 16 blocks to the condo where I was staying after I'd spent the night out photographing. I took this photo a few blocks into my walk, just as the city was beginning its daily hustle and bustle. I'm surprised by how well I remember even the tiniest details from that outing more than two years later, especially as I didn't think at the time that it had been a very successful one. Of course, that was back when I was still seeing the world only in b&w, so the last few photos I've posted here (which were taken during that outing) didn't strike me as being all that interesting at the time. Now, you know why I very rarely delete any photos I've taken, because sometimes yesterday's trash turns into tomorrow's treasure with the passage of time!

A larger, higher-resolution version of this photo can be seen here: http://www.canyonero.com/files/1514806017.jpg