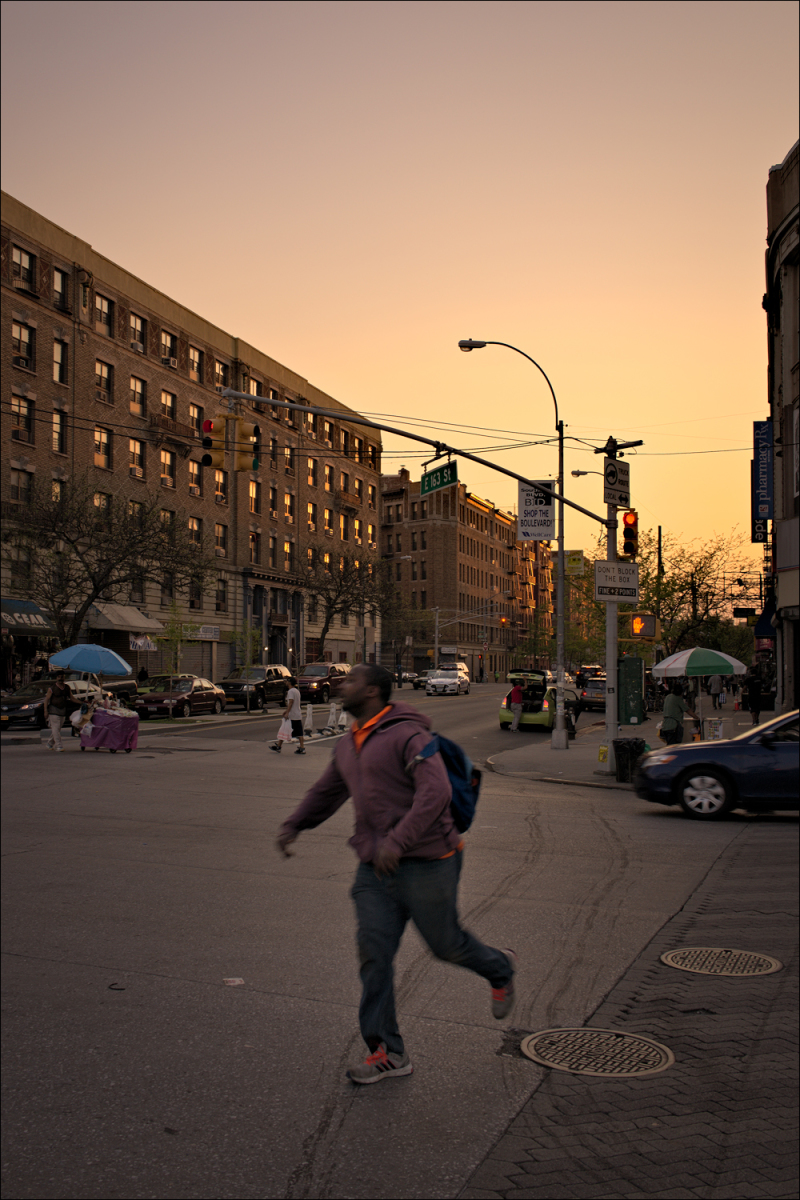 Posted by Jeffrey (Scottsdale, United States) on 2 January 2018 in Documentary & Street and Portfolio.

I was set up and waiting to take a different photo with this amazing light when a man ran across the street and through the composition I framed. I took this photo of him in mid-stride because ... well, why not? I was there, plus I've learned that serendipity is not to be ignored, as one -- me, anyway -- rarely knows whether a photo is worth taking or not until it's too late. Better to shoot first and delete later, I think, then to not shoot at all. (Truth be told, I rarely ever delete photos, because if I did, you wouldn't be seeing any of these from my outing to The Bronx in 2015 since they didn't slot neatly into my -- cough, choke -- narrowly focused vision at the time they were taken.)