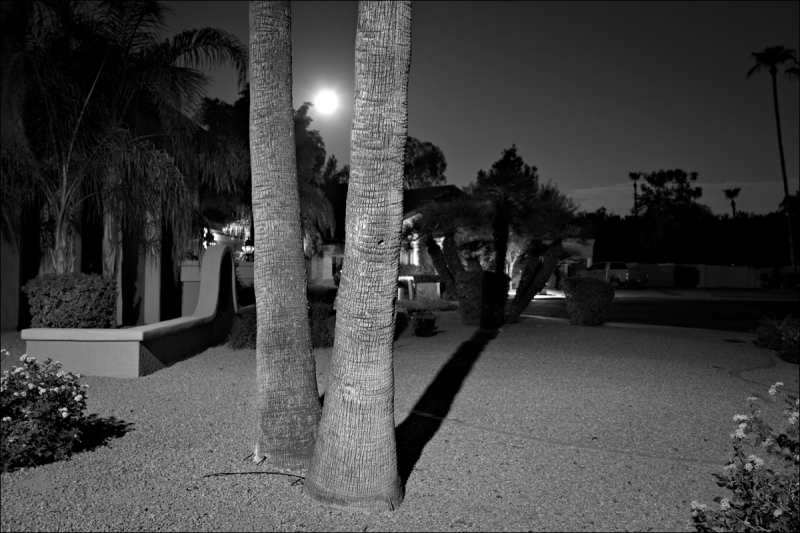 Posted by Jeffrey (Scottsdale, United States) on 4 September 2015 in Cityscape & Urban and Portfolio.

This scene was unfolding quickly as I walked upon it. The moon would soon move into position perfectly centered between the two trees, so I had only a short time to setup my camera and trigger the shutter before the opportunity passed. Because I used an exposure of 30 seconds (which was immediately followed by a second, blank 30-second exposure the camera itself took as part of its long-exposure noise-reduction process), I only had one chance at capturing it before the moon had moved enough to make a second shot moot. I was lucky to have guessed the correct exposure and focused (almost) perfectly in the short amount of time I had. Perhaps the composition could have been slightly better, but dem's da breaks, as the saying goes...