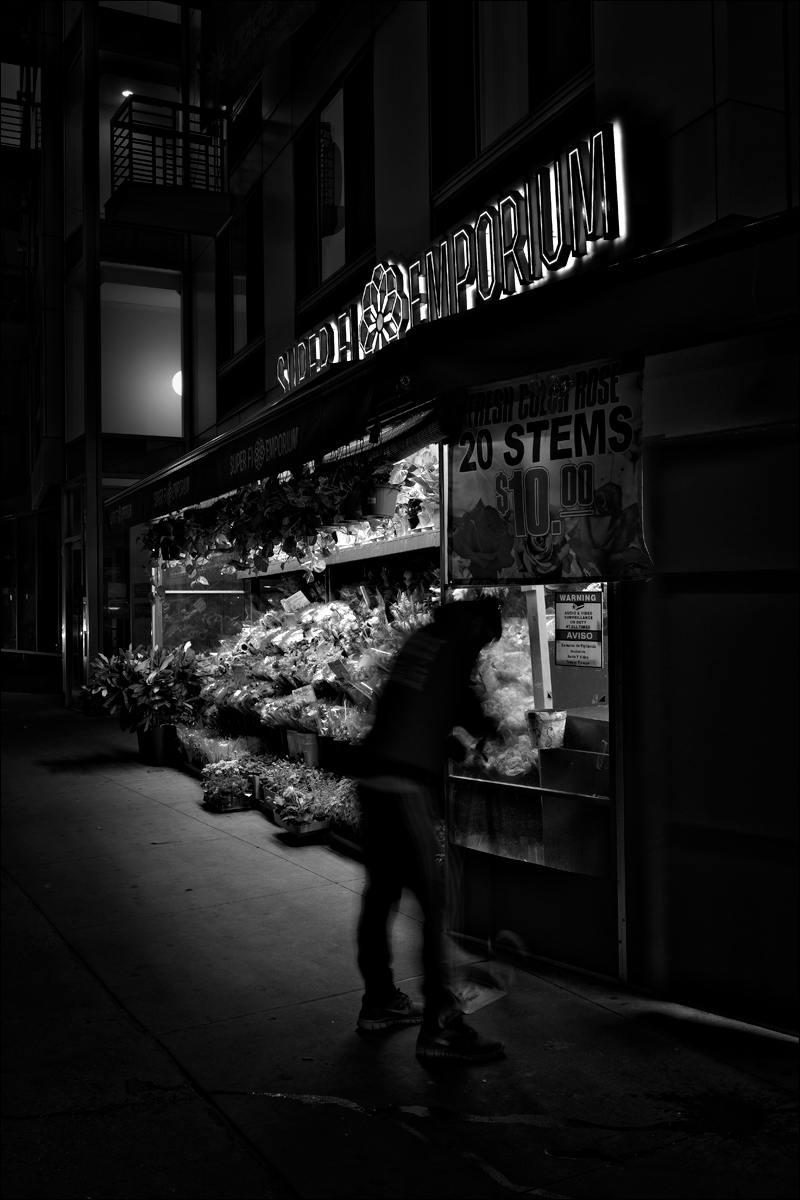 Posted by Jeffrey (Scottsdale, United States) on 9 June 2015 in Documentary & Street and Portfolio.

This photo was taken just after 5:00 am, as the man was opening the flower sales area in front of the store. I had hoped to get a second or third chance at photographing him while he swept the sidewalk, but as soon as he spotted me, he put down the broom and went inside the covered area to the right, and waited for me to move on.