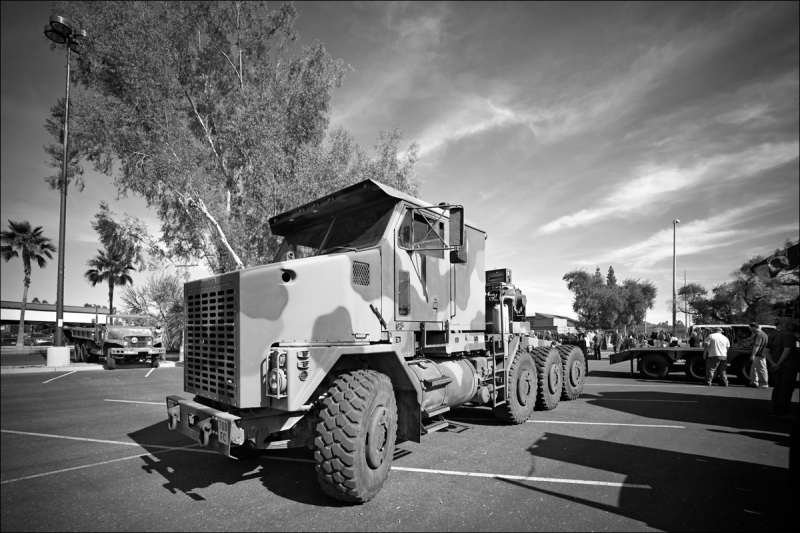 Posted by Jeffrey (Scottsdale, United States) on 31 January 2015 in Transportation and Portfolio.

This past Sunday afternoon, I joined a friend for a walk around a military vehicle show that was held at a nearby shopping center. Although it was a fairly small show -- there were maybe 25-30 vehicles on display, all of which have been demilitarized and are now owned by private collectors -- I nevertheless enjoyed seeing them. This one, in particular, was my favorite: An Oshkosh M-1070 tank recovery and transport vehicle. It weighs 44,000 lbs., has a 500 hp. diesel engine, eight-wheel drive and rear-wheel steering, and is capable of towing 140,000 lbs., a bit less than twice the legal limit for the typical tractor-trailer combo. Which as coincidence would have it, just happens to be roughly the combined weight of an M1A1 Abrams battle tank and trailer. It has a top speed of just 53 mph and gets a lowly 1.7 mpg, but I imagine it will go just about anywhere and I would love to drive one around in the desert sometime...