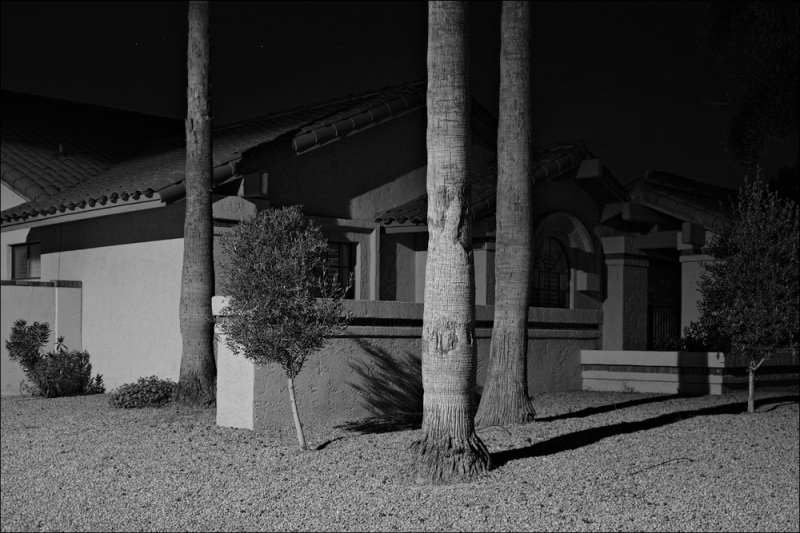 Posted by Jeffrey (Scottsdale, United States) on 25 February 2014 in Documentary & Street and Portfolio.

I suspect that many people are finding this latest batch of photos taken around my neighborhood to be a bit ... well, boring. To be honest, taking them is more practice than anything ... sort of like a musician running scales instead of playing music. Unfortunately, given my circumstances, it's the best I can do for now and it has been nice getting out of the house with a camera again...

That said, I do rather like this one, as it has an interesting "vibe" ... in some respects, it looks like a crime scene photo, which is a common theme for me.

Not boring at all...here, superb passing from dark afar to enlightened foreground.