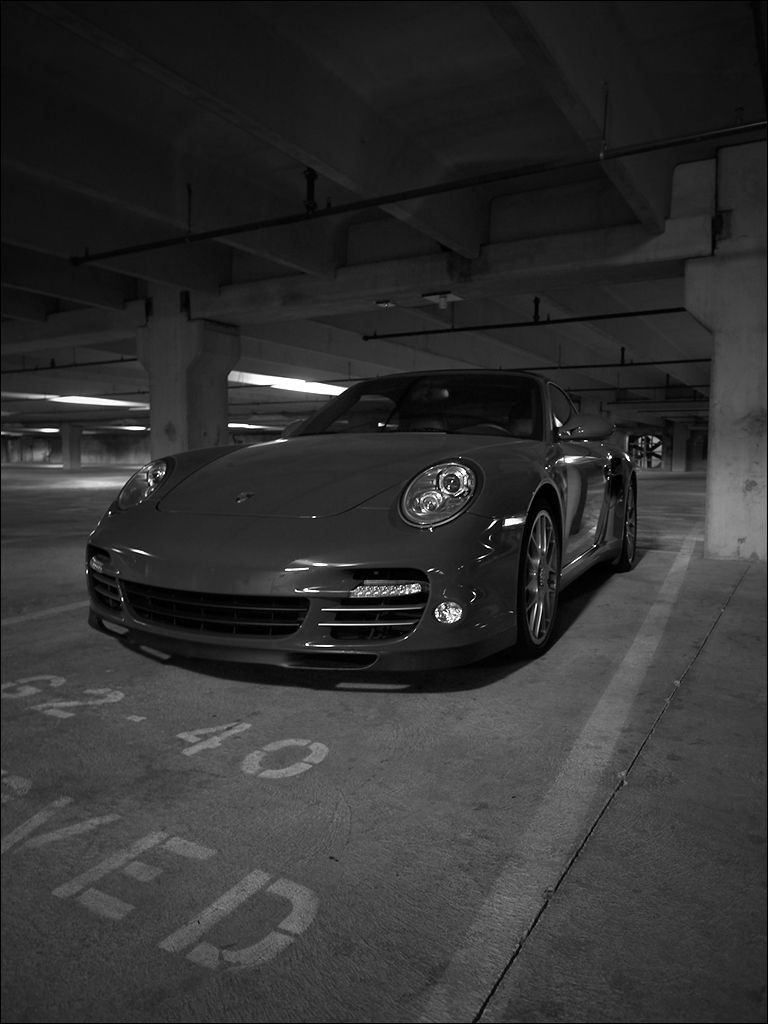 Posted by Jeffrey (Scottsdale, United States) on 22 August 2011 in Transportation and Portfolio.

If you're a car nut, as I am, it's a treat to see some of the cars that turn up in the parking garage, especially on weekends. The person who owns this car also owns, among others, a 2010 Porsche Turbo S Coupe, a BMW 645Ci, a BMW M5, and a Ferrari 430 Scuderia. Or at least these cars appear regularly in his reserved parking space, so if he doesn't own them, he (she?) has access to them. I have also seen a Porsche Carrera GT parked down there, along with a Ferrari F40, and several 355s and 360s; a half-dozen high-dollar Hot Rods, Bentleys, Rollers, Mercedes AMG C63s and S55s, and too many BMW M3s to count. I have also seen a few Audi RS6s, S8s, and R8s down there, too, and, of course, my S4 lives down there right now as well, but let's keep that entre nous, okay? ;^)

UPDATE: Geez ... I just came back from a quick photo outing to the parking garage and ran across three of these cars today, one of which was parked next to a BMW/Alpina B7, which aren't exactly thick on the ground. I suppose this is to be expected when you live and work in a high-dollar demographic area, but I'll bet that three is more than one percent of the total cars parked down there and off the charts as compared to the distribution of Porsche Turbo S Cabriolets across the U.S. as a whole.

@Gianni Galassi: Bah! Personally, I prefer having a metal roof over my head, although that may be a reflection of the way I'd drive a car like this...

A dream car, and a beautiful shot : almost a professional one

a different subject material, but the usual display of photographic craft and technical eloquence.