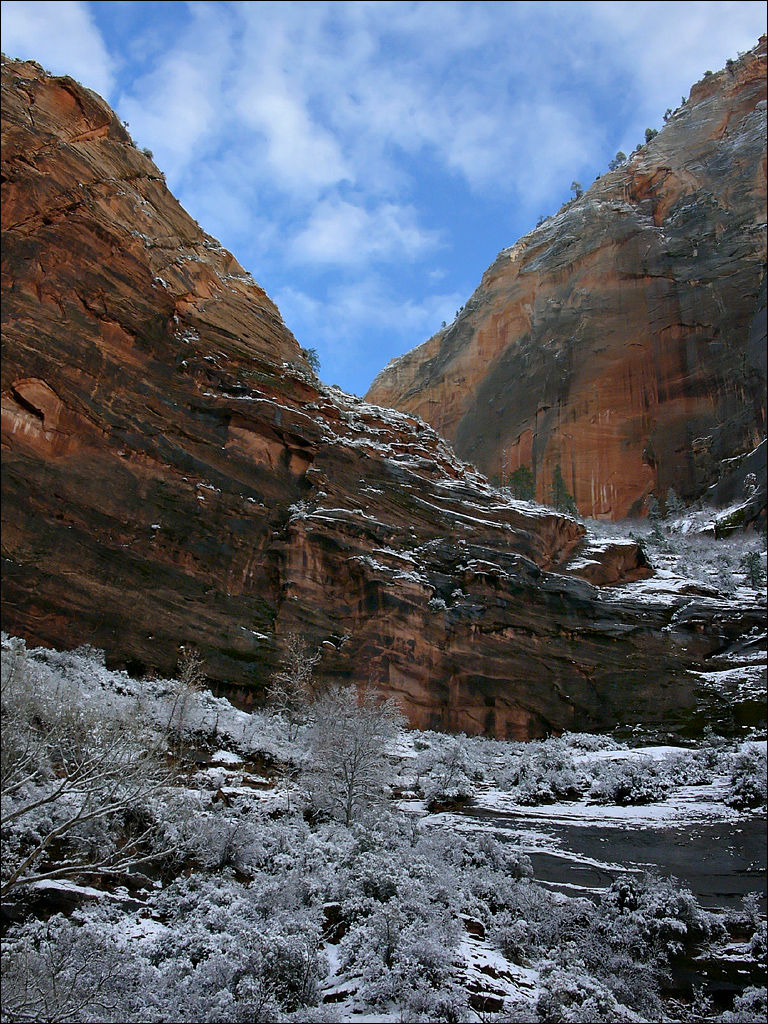 Posted by Jeffrey (Scottsdale, United States) on 12 April 2010 in Landscape & Rural and Portfolio.

This image was captured on an outing to Zion NP in December 2006 with my first "serious" digital camera, which I had purchased just a week earlier. I thought about using it for my Christmas card last year, which is why I dug around on my backup harddrive to find it, but then I got lazy and did something else instead. I still like it, though...

...and for good reason, Jeff. I've never seen Bryce from this vantage point before. The blue sky peppered with puffy clouds offers a nice counterbalance to the rugged mountainside and snow covered ground. Lovely!

nice landscape - good composition and colours! i like the two rock faces converging together!

Wow! What a view!