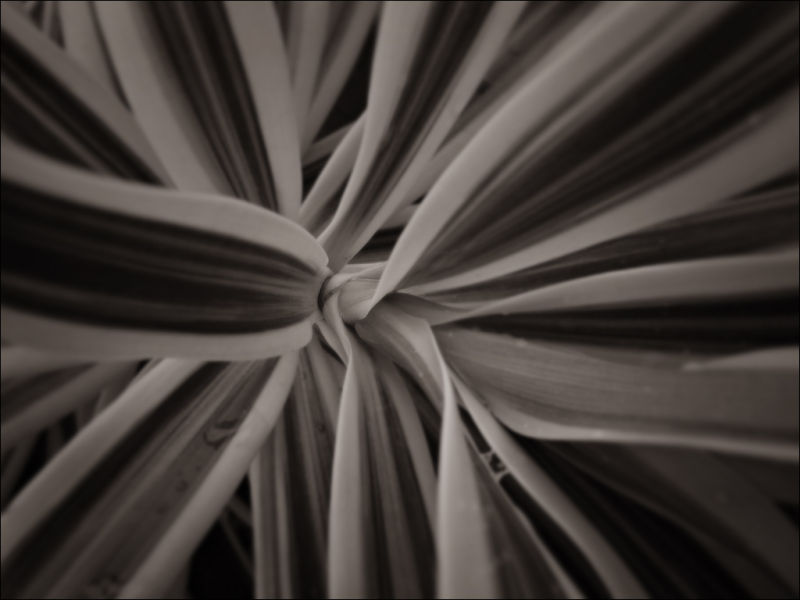 Posted by Jeffrey (Scottsdale, United States) on 17 February 2010 in Plant & Nature and Portfolio.

I don't do much macro stuff. Okay, I lied: I don't do any macro stuff, largely because still lifes and the like bored me silly when I was in 7th grade "art" class and they still bore me (somewhat less silly, fortunately) even today.

Every so often, though, doing the "same old, same old" grows boring and the urge to do something different wells up inside. Being the conservative rebel I am, it usually finds its release in the form of photography as opposed to, say, body piercing or some other radical form of self-expression. This photo is a good example of how this process works for me, as it is the result of stepping outside the box that defines my usual subject matter and technique, and coming up with something intentionally different from my (yawn...) nighttime cityscapes if only for the sake of doing something differently. Think of it as a training exercise, the photographic equivalent of a pianist running scales to keep their hand in it while suffering a bout of ennui and you won't be very wide of the mark. That this proved to be an interesting image in its own right (IMO, anyway) is merely a nice bonus, but that certainly wasn't the plan.

Hi Jeffrey, you are able to see what many photographer can't. You are definitely good in capturing ordinary things that we ignore in our daily lives and make it looks extraordinary!

No body piercing? You know you could take a photo of that too.. ;) Just teasing. This is kinda cool. In black and white it forces you to really look at the pattern as you have shown it.

@Self-Indulgence: About photographing body piercings: I will if you will! You go first and show me how it's done... :-0

Don't dare me because if you don't have a piercing you'll have to go out and get one just to photograph it! I have five ;) Two in each ear and navel.